It’s been quite a busy fall - thought I would do a quick recap here as we head into 2016. The end of summer tour was a success, made it all the way back to Halifax with my Argentinian accordion-toting friend, Ariel Palacio. We had great house shows in Northern Ontario and Montreal, as well as a really fun night at the Rock Island Lodge in Wawa, right on the shores of Lake Superior. We finished off the tour with a wild show at Baba’s Lounge in Charlottetown and a final set at the annual Black Street Party in Halifax. Before returning to Halifax, we circumnavigated all of Prince Edward Island, which took a relaxed two and a half days. We even stopped for a surprise visit at my friend Daisy’s parents' house – I knew only their last name and the small town where they were from - with that information, I was able find her cousins, then her aunt and uncle and then finally her parents.  We were invited in for coffee and ended up playing an impromptu show for the neighbours and family - a true Maritime adventure!! 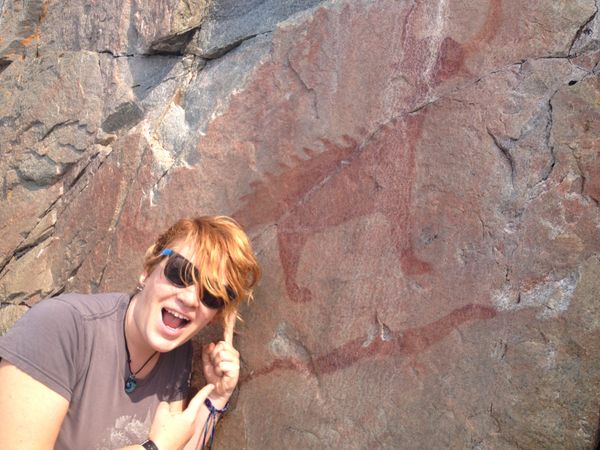 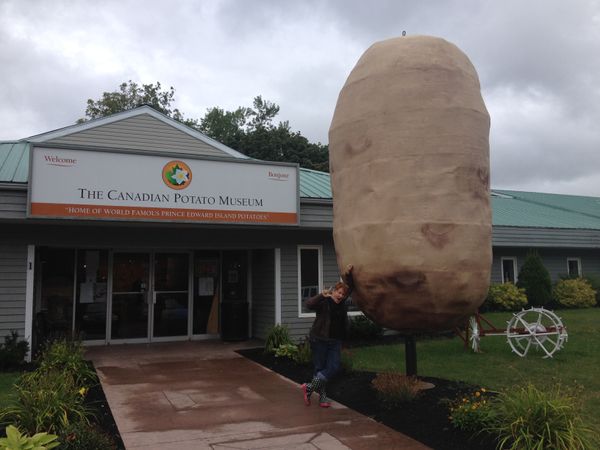 Shortly after I arrived back in Halifax in September I began working at the Halifax Music Co-op, teaching music lessons on trumpet, piano and accordion. The Co-op is a community music school – offering the chance for anyone who wants to join to play in an orchestra, wind ensemble, jazz band and or to sing in a choir. A huge array of ages, levels and people from all over the community are involved. I really enjoy this kind of one on one teaching – my students range from elementary school kids to retirees, some are brand new beginners and some are rather experienced already. It’s a challenge to meet everyone’s different learning needs, but I really like figuring it out. I learn every day from my students and I’m constantly working to improve my own skills on all my instruments.

In addition to teaching, I’ve also been doing some solo shows as well as jamming on trumpet with various bands around town – including Jont and the Infinite Possibility and also Band Transatlantic. The fall was spent finishing the recording and mixing for my new full-length album, recorded by Jude Pelley (Pennybrook) and mixed by my friend Martin Maunder (Burgerfriespop). There’s a full cast of fantastic local Nova Scotian musicians on there, including Patrick Murphy on drums, Jeff Wheaton on bass, Jude Pelley on mandolin, Jacques Mindreau (Krasnogorsk) on fiddle, as well as Ariel Palacio on accordion/guitar and Julie Kennedy (from Twin Kennedy on the West Coast) on fiddle. Mastering begins soon on Salt Spring Island with Ramesh Meyers and then I’ll send it off to get turned into an actual CD! Stay tuned for the release date, Clamfolk – estimated early April!! 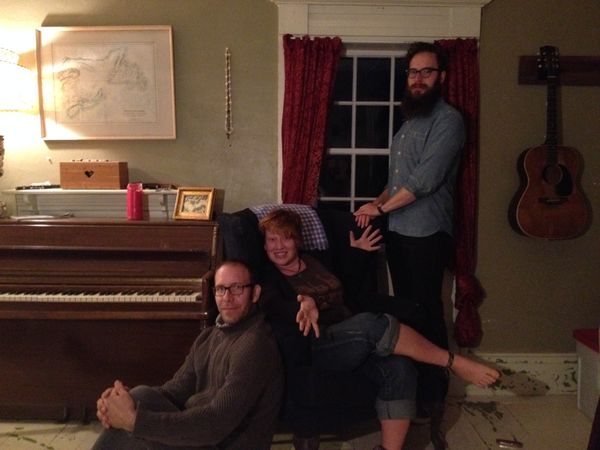 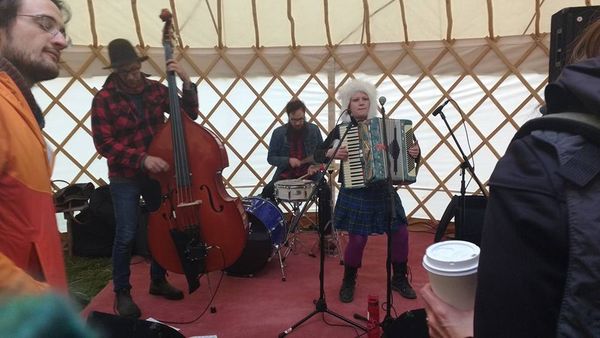 Full band plays a set in the yurt at the Harvest Hootenanny at Common Roots Farm in Halifax, NS

After the album is released, I'll be planning my summer tour to promote it in Eastern Canada - hoping to play as many Maritime music festivals and house concerts as I can - including finally making it to Newfoundland. Keep checking this website and my Facebook page for updates on upcoming shows. I hope you all have a wonderful and joyous 2016, wherever you may be. And I hope to see you on the road sometime this year as well!